Movember has stepped up its work on men’s mental health in recent years, following early success in raising funds and awareness for prostate and testicular cancer.

Now its chief executive, Michelle Terry, wants to use the charity’s global reach to have even more impact in the fight against men’s mental and physical health.

Terry led Movember for around three years, although the association itself was established in Australia in 2003.

“It was two gentlemen in a pub in Melbourne, thinking that the mustache had gone out of fashion, and maybe they should bring it back and bring it back for a good cause. So basically they started with a challenge in November, now known as Movember, to 30 friends growing a month.

They realized “we have a movement here” and really admired the work that was being done on breast cancer, so they decided to do something for men “because no one seemed to be talking about them”.

“We went global pretty quickly, because we knew we had something”

The couple went to the Prostate Cancer Foundation of Australia and then started fundraising for the disease around the world.

“We went global pretty quickly because we knew we had something here in terms of men’s health awareness that helped them talk to other men and talk to people around them about what they were going through. , whether it is a mental health problem or a physical health problem.

Terry trained as a psychologist and became driven by a desire to integrate mental health support and the corporate world.

“I help bring it all together, bring that focus to grow Movember and think about how we can help more men around the world.

“We are very fortunate to have international reach and scale. We also operate, fundraise and deploy funds in 20 countries around the world. We are very strong in a few countries, namely UK, Ireland, New Zealand, Australia, USA and Canada.

Men’s mental health has been a big priority for the charity in recent years, and the coronavirus has given it a boost.

“I remember we were very conscious in 2020 especially of our role and the need to lean in and think about how we can really serve the community there of men who are really suffering from isolation, lack of social support, etc., in the area of ​​mental health.

She says the pandemic has also had a big impact on other areas of Movember’s work: “Lack of access to healthcare systems meant we were going to have a stash of problems in terms of cancer treatment.

“We have put together digital tools and tips. We reached out to the community of men we serve, to make sure we really leaned in because this was obviously a time of crisis for a lot of people. So, we felt this was our moment – ​​we really needed to be there for the men we were caring for and trying to reach.

Terry expected donations to decline during the pandemic, but she was “surprised” to find that Movember’s fundraising was resilient.

“We actually had a really good year in 2020 and 2021. I think people really responded to our call to the community to say ‘men are in crisis – we have men who are really suffering from their mental health, we have issues in terms of physical health – let’s go out there and support them.” We were incredibly touched by the community support at that time.

Movember aims to scale further, with a particular focus on cancer care.

“We would like to build on the legacy we have built in prostate and testicular cancer. So we’ve been successful in working with many others to galvanize real-world evidence and create biomedical treatments and tests that have improved the death rate and survival rate of those diagnosed. [with cancer]. We are very proud of it. We want to continue integrating this into clinical practice.

But Terry also says the charity aims to focus more on mental health.

“I think we all realize that mental health is a growing problem and burden in our society, and we want to be the people who really talk to men and think on a preventative level.”

Terry suggests that “one of the slight benefits of Covid is that people are more aware of mental health”.

“Generally, they’re more willing to have that conversation and are more aware of preventative factors or mental health risk factors.”

But she says “that doesn’t mean we’re close to solving these issues” because “these are complex issues that require an intersection of behavior change, systems change and norm change”.

“When we think about gender norms, they quite often keep the issue in place. Thus, men are taught that it is not acceptable to talk about their feelings, or that they should be stoic, etc. , but also allows them to express themselves and reflect on healthy behaviors.

What Movember does the other 11 months of the year

She says some people may wish to run, walk or cycle for 60 kilometers or more, to mark the 60 men who kill themselves every hour.

Recently, the Duchess of Cambridge kicked off the Rugby World Cup Mental Conditioning Match, which Movember sponsored alongside the general tournament.

“We had a moment at the beginning of that, which was a minute of non-silence. And the non-silence was that people were making a lot of noise and stress around the idea that a man every minute would kill himself.

“Every day of the year, whether it’s November or not, we stand up for men’s health,” she says.

“Obviously we raise a lot of funds and awareness during Movember month, and we’re very proud of that, but we keep going for the rest of the year. We engage our community and also impact men through programs. »

Movember turns 20 next year “which is a big milestone” and Terry said: “What I really hope is that we continue to increase our visibility and continue to have a real impact on the ground .”

Terry says men’s health “is a hugely complex issue” and the charity plans to “be much more successful at creating and changing the world we want to see if we partner with others”.

“The more we can work with partners and think about the problem we’re trying to solve and how we can create collective impact, the better.” 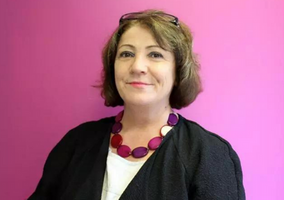 Target Ovarian Cancer co-founder and CEO talks about the impact of the pandemic and the cost of living crisis on the charity, the importance of campaigning and the health inequities experienced by women. 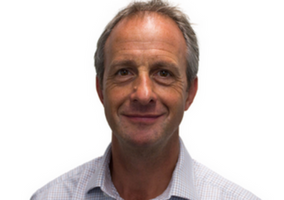 Diabetes UK CEO talks about the charity’s focus on tackling inequalities in diabetes care, the Covid-19 pandemic, cost of living crisis and opportunities for collaboration 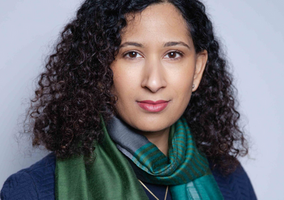 Farah Nazeer, chief executive of Women’s Aid, talks to Harriet Whitehead about how the charity is campaigning to challenge misogynistic culture and end domestic violence